The Twelve Tasks of the Festive Season — Task the Sixth: The Hanukkah 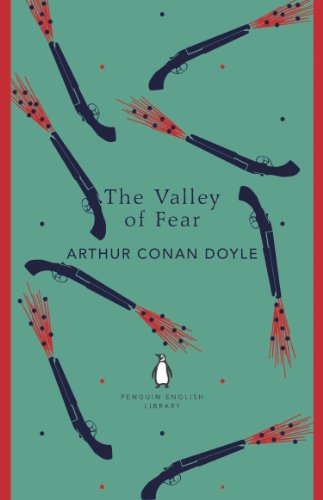 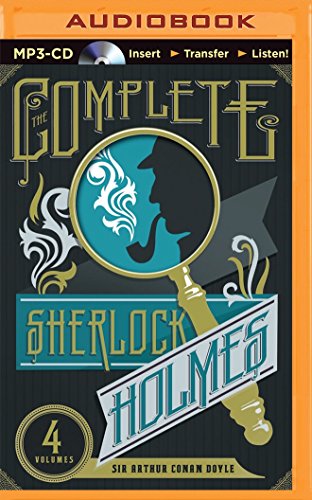 Reading: Let the dreidel choose a book for you:

ה He (happened): Ian Rankin – Even Dogs in the Wild

So, it was to be Arthur Conan Doyle’s Valley of Fear.

The Valley of Fear is Arthur Conan Doyle’s last novel-length Sherlock Holmes narrative. Like A Study in Scarlet, where Holmes makes his very first appearance, it is split into two parts: Holmes’s actual investigation in Part 1; and the back story, i.e. the stuff that would either be told by Holmes himself or by the apprehended culprit in the shorter narratives (as well as in The Sign of Four) in the Big Reveal, appended as Part 2, with a very loose connection to the effect that Dr. Watson has been handed a written account of the back story during the reveal at the end of part one. (Part 2 is not in epistolary form, however.)

The first part of the book is a classic locked room mystery: A man is found shot in a historic manor house in the Weald south of London, not quite halfway on the way to the Channel coast. There is no indication that his killer is still in (or near) the building; nor could he however have escaped, as the building is surrounded by a(n albeit fairly shallow) moat and the drawbridge crossing that moat had been pulled up some time before the killing happened, and more importantly, since the weapon used is a particularly loud sawed-off shotgun, some of the building’s other inhabitants had been drawn to the scene instantly, before the killer could possibly have gotten away. (There is also an inference that the water in the moat is muddied by clay and would thus not merely have wetted the killer’s clothes by also left them with colored stains, but that didn’t strike me as conclusive — the killer might easily have hidden a spare set of clothes nearby and changed into those once the deed was done.) Holmes’s investigation follows the familiar lines of logical inference, with the odd bit of cypher decoding thrown in for good measure and with Professor Moriarty making a (largely off-stage) appearance as well, and it concludes, like many a Sherlock Holmes locked room mystery, with a solution very much in the spirit of Holmes’s old axiom “Eliminate the impossible and whatever remains, however improbable, must be the truth” (though the closest we’re getting to a verbalization of said axiom here is an exclamation of “impossible!” by one of the investigating police officers). And no, the solution is neither a case of “when” the deed was done (as is so often the crucial issue in locked room mysteries) nor — at least not exclusively — how the killer could have escaped at all, either.

Well, so far, so enjoyable.

The story took a bit of a nose dive for me, however, when it got to Part 2 of the novel; and not merely because this book is structured essentially like A Study in Scarlet in the first place (nor, again like the very first Holmes novel, because it also uses an American setting for its second part; the eponymous “Valley of Fear”). However, and although certainly very atmospheric, it is — albeit loosely — based on actual historical facts that I was familiar with (only vaguely, but that vague knowledge was enough for me to place the story almost instantly), and which facts due to their then-recent notoriety Conan Doyle’s original readers would very likely have been equally familiar with. Indeed, Conan Doyle telegraphs enough of the “final reveal” of Part 2 of the book early enough and obviously enough to allow even a reader unfamiliar with the actual historical basis of the book to clue in to the solution fairly early on.

So, decidedly not on a level with my favorite Holmes adventures (The Hound of the Baskervilles, A Scandal in Bohemia, The Red-Headed League, The Blue Carbuncle, The Speckled Band, Silver Blaze, The Naval Treaty, The Empty House, The Abbey Grange, The Second Stain, The Priory School, and The Bruce-Partington Plans, to name but a few), but still an entertaining, though in Part 2 rather somber read and a nice start into the Twelve Tasks of the Festive Season.

I listened to an audio version of this book, incidentally, read by Simon Vance as part of the Complete Sherlock Holmes set.  Vance’s reading is enjoyable, though he doesn’t necessarily distinguish a whole lot between Holmes’s and Watson’s voices: but his interpretation of the other characters, accents and vocal inflections and all, more than makes up for this, and there is just about enough briskness in his voice whenever Holmes is talking for the most important speaker to be recognizable nevertheless, too.

2 thoughts on “Arthur Conan Doyle: The Valley of Fear”