Anatomy of a Murder … Courtesy of the Detection Club 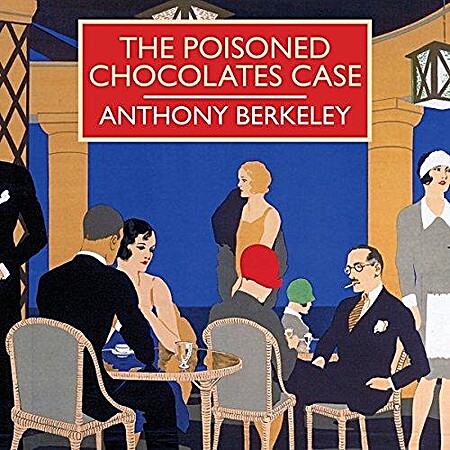 Anthony Berkeley (full name: Anthony Berkeley Cox) was one of the co-founders of the legendary Detection Club; he published mysteries both under his own name (minus “Cox”) and the pseudonym Francis Iles, which when he first used it was kept a secret so successfully that it took a full two years until his cover was blown.

The Poisoned Chocolates Case is one of the best-known mysteries published under the name Anthony Berkeley; it features both series detectives about whom Berkeley wrote under that name, his “main man” Roger Sheringham and his secondary detective, Ambrose Chitterwick (whose last name incidentally is a delicious exercise in phonetic imagery).  Published a year prior to the foundation of the Detection Club, this novel probably not quite unwittingly establishes — under the name “Crimes Club” — the model on which the real-life organization would shortly be based, arising out of a series of dinners organized by Berkeley:

“Entry into the charmed Crimes Circle’s dinners was not to be gained by all and hungry.  It was not enough for a would-be member to profess an adoration for murder and let it go at that; he or she had got to prove that they were capable of worthily wearing their criminological spurs.

Not only must the interest be intense in all branches of the science, in the detection side, for instance, just as much as the side of criminal psychology, with the history of all cases of the least importance at the applicant’s finger-tips, but there must be constructive ability too; the candidate must have a brain and be able to use it.  To this end, a paper had to be written, from a choice of subjects suggested by members, and submitted to the president, who passed on such as he considered worthy to the members in conclave, who thereupon voted for or against the suppliant’s election, and a single adverse vote meant rejection.”

Replace the “paper to be written” by a candidate’s literary output to date, and you pretty much have the real life Detection Club’s membership criteria pinned down — they indeed were aiming at literary quality and profound knowledge of the subject matter, they loved investigating real life cases, and yes, the statutes explicitly state that a single vote opposing a candidate’s membership is sufficient for his rejection.

One of the Detection Club’s “round robin” publications is entitled Anatomy of Murder; in it, several members of the club analyzed real life murder cases.  In another one, Six Against the Yard, six members of the Detection Club devised what they considered “the perfect murder”, and it was then up to a real life policeman, Ex-Superintendent Cornish of Scotland Yard C.I.D., to determine whether they had succeeded or whether the murderer would have been uncovered by a real police investigation after all.  In this respect, too, then, the premise of The Poisoned Chocolates Case — the notion that a policeman would invite this most distinguished circle of amateur criminologists to help solving a case — is not too far from the path things were bound to take, at least as far as the Detection Club’s collaborative publications were concerned.  (In fact, each of the Crimes Circle members taking a stab at the solution in this novel makes reference to other widely-reported [fictional] murder cases in construing their solution as well.)

The case regarding which Chief Inspector Moresby of Scotland Yard invites the Crimes Circle in on the investigation concerns the death of a lady from (you guessed it) eating poisoned chocolates, which came out of a box that her husband had given her, and which he in turn had received from an acquaintance on the occasion of a chance meeting (or was it?) at their club.  It doesn’t take a regular diet of Agatha Christie novels, where this sort of scenario and the associated possibilities for all sorts of slights of hand appear repeatedly, to recognize that there are three potential intended victims here, and accordingly, a wide variety of potential murder suspects, motives, and factual background scenarios.  Berkeley intelligently uses this to demonstrate that in writing crime fiction, virtually everything depends on which facts the writer chooses to disclose to the reader (and at which precise moment): Each of the members of the Crimes Circle takes a stab at solving the case, is initially congratulated heartily on his or her solution — only to see their case thereupon being deconstructed by another member of the club, and superseded by that other member’s solution. (Indeed, several members even go so far as to demonstrate that they themselves, or other members of the Crimes Circle, could easily be the guilty party.)  Along the way, Berkeley certainly isn’t shy at poking fun at his venerable detectives:

“Facts were very dear to Sir Charles.  More, they were meat and drink to him.  His income of roughly thirty thousand pounds was able to handle facts.  There was no one at the bar who could so convincingly distort an honest but awkward fact into carrying an entirely different interpretation from that which any ordinary person (counsel for the prosecution, for instance) would have put upon it.  He could take that fact, look it boldly in the face, twist it round, read a messsage from the back of its neck, turn it inside out and detect auguries in its entrails, dance triumphantly on its corpse, pulverise it completely, remould it if necessary into an utterly different shape, and finally, if the fact still had the temerity to retain any vestige of its primary aspect, bellow at it in the most terrifying manner.  If that failed he was quite prepared to weep at it in open court.”

(In case you’re wondering, according to this historic currency converter, 30,000 GBP in 1929 would translate into roughly 2.64 million USD or 1.871 million GBP in today’s currency.  And incidentally, I’d wager that Mr. Berkeley would have been sorely disappointed with the boring and matter-of-fact way it is considered good form for counsel to deport themselves in a German court.)

Berkeley’s method and narrative intent, as well as the fact that not only the three above-mentioned potential victims and their families, social circles and business acquaintances but also the six detectives and their various families, social circles and business acquaintances need to be taken into account — none of which feature in Moresby’s initial narrative to the members of the Crimes Circle — leads to a good bit of factual material being introduced into the story virtually from left field during the six Crimes Club members’ solutions, with no way for the reader to anticipate any such matter whatsoever.  Moreover, as the various speakers’ solutions are presented, the deep personal involvement and interest in the case of more than one member of the group becomes apparent — involvement and interest of such a nature as would have had to cause any real life investigator to recuse him- or herself from the case.  I could have forgiven one occurrence of any of these issues, but the middle of the book in particular is fairly riddled with them, and this began to grate immensely after a while.  Fortunately, just when I had reached saturation point, came the moment for Roger Sheringham, as well as, after him, the novelist Alicia Dammers (who may or may not have been modelled on E.M. Delafield, author of The Diary of a Provincial Lady, whom Berkeley may (or may not) have admired), and finally for Mr. Chitterwick got to deliver their solutions, and at least during the former two of these I was reasonably placated — during Roger Sheringham’s conclusions, not least because he is the one Crimes Circle member whose investigation we’re actually allowed to follow as readers.

The British Library edition of this novel comes with two extras; one new ending penned by Christianna Brand (a post-WWII member of the Detection Club) 50 years after the novel’s original publication, and one written by current Detection Club president and British Library series consultant (and editor of this edition), Martin Edwards.  Both are witty additions; Brand’s is probably a bit more in her own style than that of Berkeley, and I admit I wasn’t sure whether I’d like what Edwards has managed to come up with — but he very successfully turns the tables both on the original ending and on that written by Brand; he does it very much in Berkeley’s own style (you can tell he’s a fan and has obviously not merely read but ingested every work Berkeley has ever written, under any name he ever used), and he even stays true to the Detection Club’s dearly held tradition of including a few in-jokes … while making them obvious enough, however, for any reader even marginally familiar with things Berkeley and Detection Club to recognize what is going on. There are, for example, references to Edgar Wallace (whose thrillers were considered too low-brow to make him eligible for Detection Club membership, though Edwards has included several of them in the Crime Classics short story anthologies he has edited to date) and to an infamous 1920s real life murder case — the Thomspon / Bywaters case –, a  new character named Cox is introduced, Edwards gives us a deftly-executed slight of hand literally with the last sentence of his coda, and en route to all this Berkeley’s stab at defense counsel (as partially quoted above) is parried — very much in the spirit of Berkeley himself, who wasn’t actually very enamored of the police as an institution — by this little counter-punch:

“‘What I’d like to know is, whether you’re prepared to accept the consequences of your confession.  Can’t expect old Moresby to treat this as a case for applying the Chatham House Rule.’

The Chief Inspector, who was but vaguely aware of the existence of Chatham House, and knew nothing about its Rule, contented himself with a genial smile.”

(The Chatham House Rule holds that anyone attending a meeting conducted pursuant to this rule is free to use any information divulged during the meeting, but is not allowed to reveal the source of that information.)

I own and have read the British Library Crime Classics paperback edition of this book, but the opportunity to listen to yet another Golden Age mystery as narrated by Gordon Griffin was too good to pass up, and I heartily recommend that version as well.

As far as the bingos go, I’ve already used my early January Margery Allingham & Albert Campion binge for the “Great Detectives” chapter / square of the Detection Club bingo, so I’m just doubling up on that square with this read, but so be it!  I’m having a blast discovering more and more of the Golden Age detectives that have gone, unlike Monsieur Poirot and his little grey cells, unduly long forgotten and have only recently started to make a reappearance. 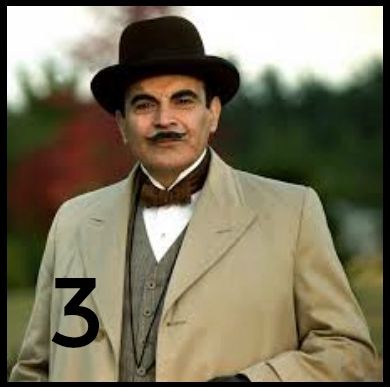