About Me: 25 Random Things

… you may always have wanted to know about me — but then again, maybe you didn’t!

This went round Facebook a few years ago: The rules were that once you’d been tagged, you were supposed to write a note with 25 random things, facts, habits, or goals about you. At the end, you were to choose 25 people to be tagged in turn. You had to tag the person who tagged you. – So anyway, this was my entry. Most of it is still pretty accurate.

1. When I was a kid, you didn’t want to be anywhere near me whenever there was cranberry, red grape, or some other kind of red juice with a meal; I was almost certain to spill it. For the same reason, to this day laying the table with your very best table cloth is not a particularly wise choice if I’m around and you are serving red wine. Never mind that as a rule, I do actually prefer red wine to white …

2. My first childhood heroes were the gods and heroes of Greek mythology and, occupying a more or less equal share of my youthful admiration, the protagonists of the adventure novels of late 19th century German writer Karl May. 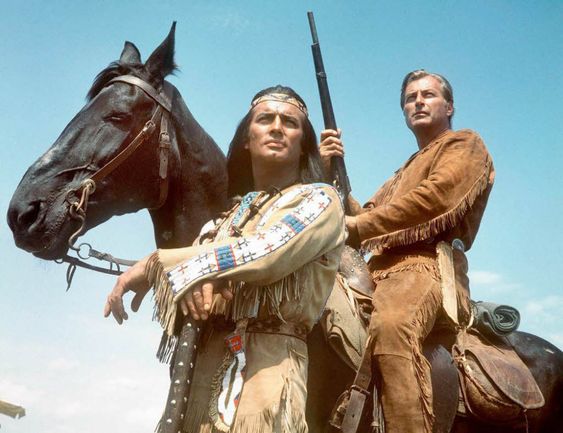 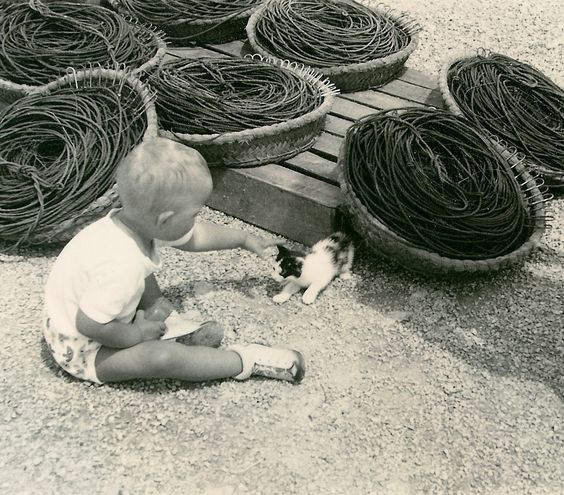 (On the beach: My first encounter with a kitten.)

4. I first traveled by plane, unaccompanied by any adult, at age 4. (It was a 1-hour plane trip from Cologne to Berlin, Germany – and of course, only the plane trip as such was unaccompanied.) 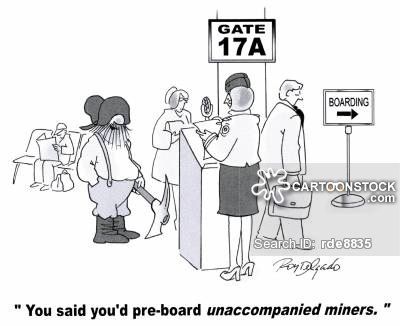 5. I was an avid horseback rider from approximately age 8 all through high school and would have given everything to have a horse of my own. 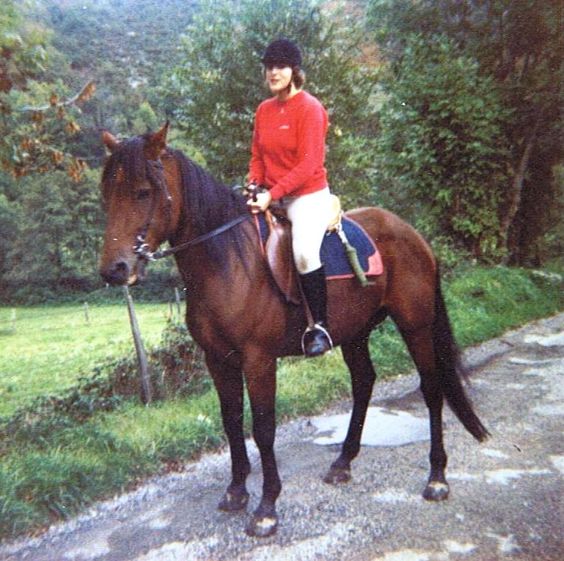 (On horseback: towards the end of my high school years.)

6. Since that was not to be, by way of compensation I created an elaborate list of imaginary horses; with specifications – in different colors of ink – of each horse’s name, gender, breed, lineage, and color of fur. Horse names included everything from the names of horses I actually knew, famous race and tournament horses, famous fictional horses, or names that just struck me as exotic or interesting (the heroes of my favorite novels, Egyptian pharaohs, characters from Greek mythology, famous historic persons, you name it).

7. As a kid, I had a set-in-stone, don’t-even-come-near-me-with-that-stuff list of “don’t like” foods that included cheeses of any kind, fresh tomatoes, fresh plums, fresh grapes, pickled beetroots, and any kind of fish and shellfish. To my mother’s undoubtedly infinite relief, I did eat most other kinds of fruit and vegetables, though, including such perennial kid food-phobia items as spinach, Brussels sprouts, and porridge. – I’m still somewhat picky about items from that “don’t like” list I had way back when, however.

8. I have lived – and feel equally at home –, inter alia, in Bonn and Berlin (both Germany) and Santa Monica, CA, USA.

9. I learned to love the sea, and everything associated with it, during innumerable childhood family vacations on the North Sea island of Foehr. To this day, the Northern Frisian Islands are a kind of charmed sanctuary to me and, in an odd combination with Santa Fe, NM, and certain parts of Southern California, the closest thing to paradise this side of Shangri-La. 10. As a child, I had a dimple on my right cheek when I laughed and a small scar (reminder of a game that didn’t turn out quite the way it was supposed to), which also looked very much like a dimple when I laughed, on my left cheek. Somehow, both marks seem to have diminished over time. 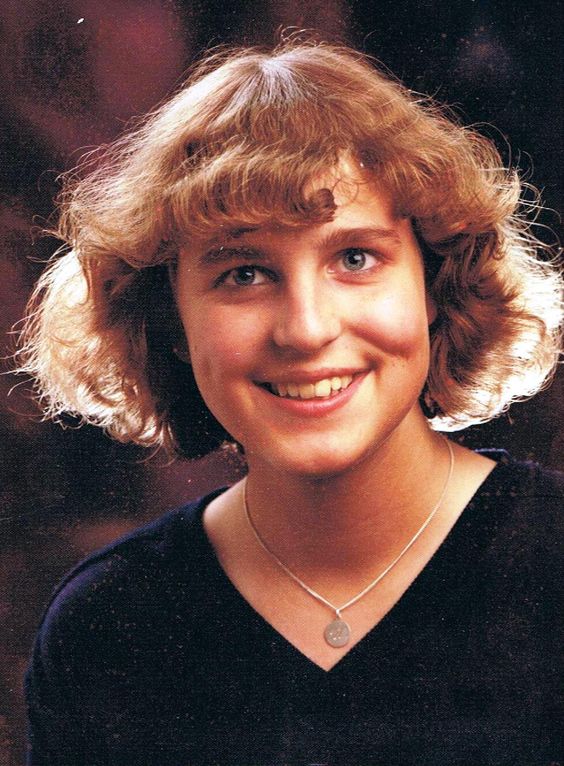 11. I graduated from high school with the firm resolve to add to my mother tongue and to the languages I’d learned in school (German, English and French, respectively) a fluency in Spanish and in at least one other language (preferably, Arabic or Russian) by the time I had graduated from university. That resolve lasted until approximately the middle of my first law school term, when I found that it would have to be either one or the other, but not law AND languages. – Language-wise, I’ve since contented myself with the acquisition of a degree in commercial Spanish and a somewhat inferior working knowledge of Portuguese and Italian. 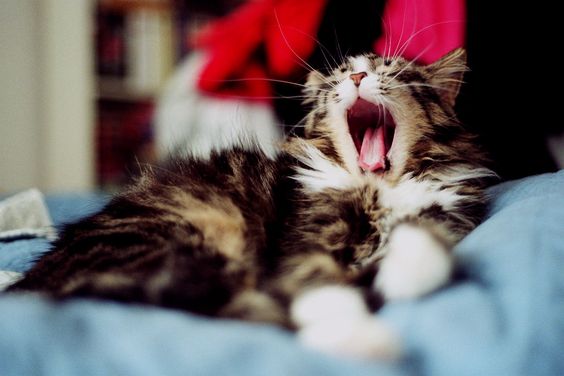 12. I can function (including at work) until the wee hours of the morning, but once I’ve had a few hours of sleep, don’t expect me to accomplish anything other than the things I usually do on autopilot from the time I get up again until some point between 9 and 10AM (at least). In my typical early-to-mid-morning state of semi-consciousness, a misplaced towel or toothbrush is all it takes to throw me into a major fit of confused frenzy.

13. I love to take maps and devise trips to the countries or regions in question, regardless how unlikely it is for those plans to materialize any time soon. Once made, the plans have a habit of sticking in the back of my mind, though, and I often end up realizing them sooner or later after all.

14. After a boyfriend had talked me into being afraid of driving on the left side of the road (e.g., in Great Britain or Australia), it took me exactly 20 years to overcome that fear; only to realize just how ridiculous it had been for me not to have tried a lot sooner in the first place.

15. I can easily do without coffee, but my inner balance and sense of well-being will be seriously upset if I am deprived of tea and Diet Coke for any substantial length of time. 16. When ordering food during a meal associated with a job application/interview, I am bound to pick something impossibly complicated to eat – only to realize my mistake as soon as I have placed my order and then spend the rest of the meal trying to save face and look like I AM actually capable of socializing with clients without embarrassing my prospective employer.

17. According to Facebook’s erstwhile “Where I’ve Been” map/application, I’ve so far visited 17% of the world. As the old version of the map only allowed you to tag entire states or countries, though, that included countries where I’ve really only been to a single city, such as Hungary (Budapest) and Turkey (Istanbul). 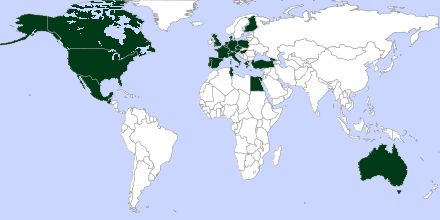 (Not the actual Facebook map, but a close reconstruction made @ BigHugeLabs.com)

18. Although my ability to grasp complicated mathematical operations and anything related to IT is practically zero, a friend managed to teach me the basic workings of (X)HTML and CSS. That knowledge has since enabled me to create two websites, and I am currently working on a third. Thankfully, neither site is in any way even remotely associated with my job.

19. I was an OSCE election observer in Georgia (the country, not the U.S. state 😉 ) during the March 2004 parliamentary elections following the so-called Rose Revolution and the resignation of former Georgian president (and ex-Soviet foreign minister) Eduard Shevardnadze.

20. I first promised my mother to take her to Egypt in the early to mid-1990s and, after our plans had always fallen through in the interim, finally made good on that promise in November 2008. Since then, I’ve already come up with a several different variations of a plan for a follow-up trip.

21. I’ve never undergone clinical surgery or spent time in a hospital for any other reason (except to visit others and discounting the fact that, like most people, I was born in a hospital). 22. My sense of order works according to rules only discernible to me. Others would swear I am surrounded by an amalgamation of things coming straight out of the Big Bang. 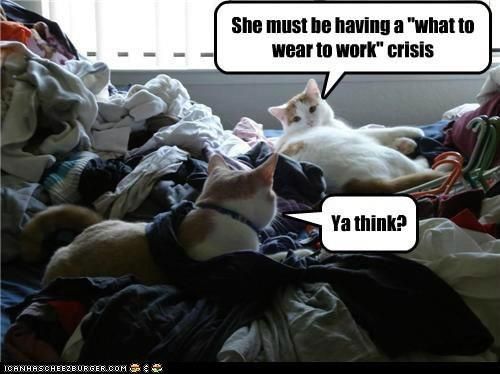 24. Almost every pet I’ve ever owned was either a stray or threatened with the alternative of being adopted or put to death. No dogma about it – all it usually takes to make up my mind is one look into their eyes! 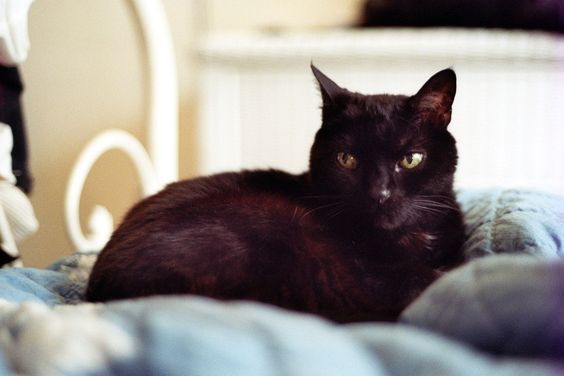 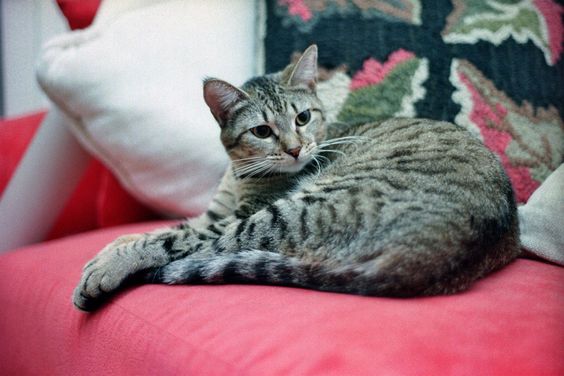 ETA: My current feline pair of brothers, Sunny and Charlie, are the first significant exception to that rule, as they did have a “real” family before me already  — but they, too, were given to me on the express understanding that they were to be spared the fate of ever being dumped at the shelter. 25. Though a professional gardener’s granddaughter and an avid hobby gardener’s daughter, I have no particular “green thumb;” but I love flowers, and roses in particular. If I have a camera on me, I can’t pass a rose garden without taking photos of virtually every single blossom.